The United States Postal Service has issued in 1998 a palette of artistic issues. They include a pane of 20 commemoratives reproducing, in its oppinion, the best of American art from colonial times to the present century.
The twenty American paintings are featured on the pane of 32-cent stamps. The Postal Service has named them "American Masterpieces" and also "Four Centuries of American Art".
The chosen masterpieces cover the past 400 years, offering a wide range of styles and themes. The following stamps were released: 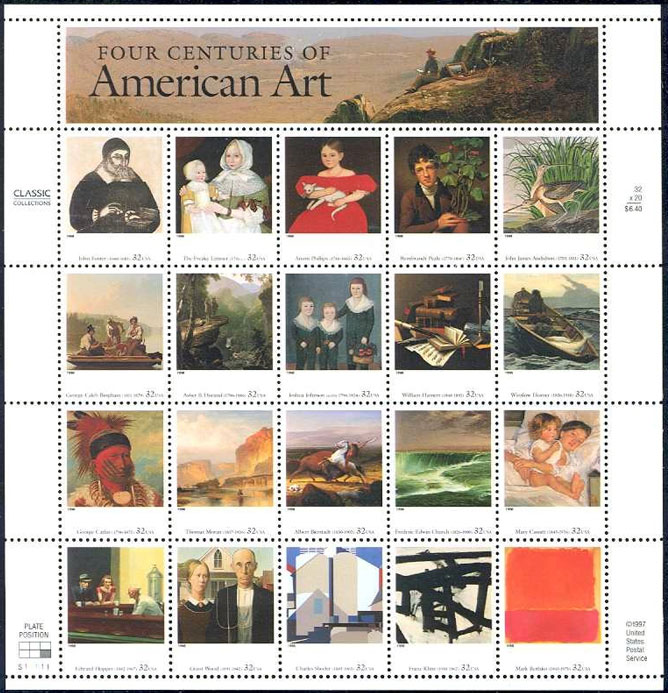